When You Have Depression, BJJ Is Far More Than Just Therapy | Jiu Jitsu Times 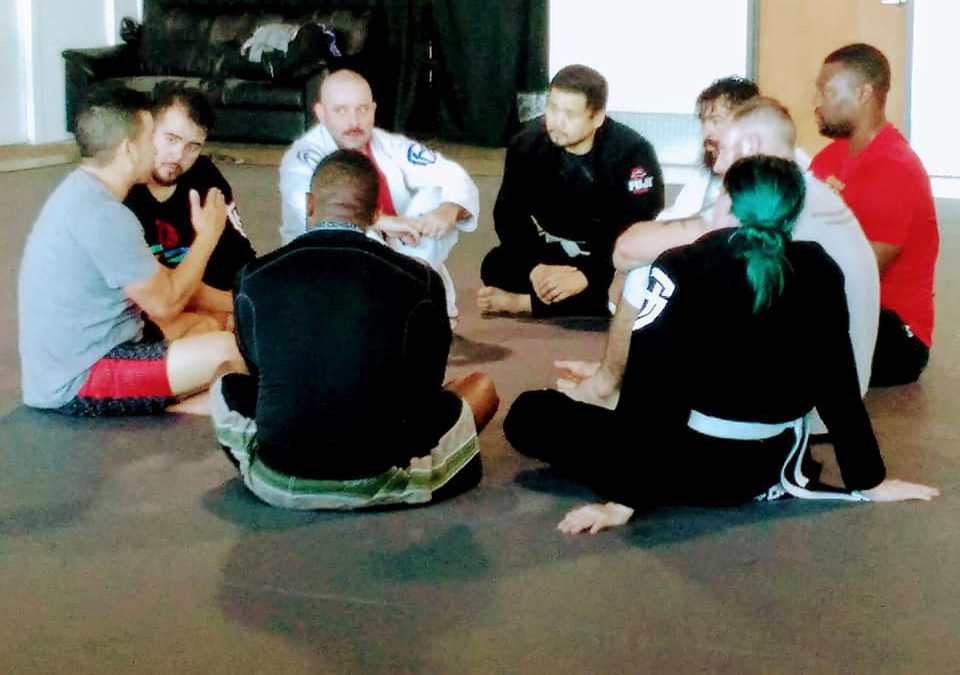 In this curated article from Jiu Jitsu Times, the author does a great job of pointing out what many of us already know … BJJ (Brazilian Jiu Jitsu) is not only a great workout, but it is also therapy for the mind and soul. Often times referred to as “mat therapy”, the euphoric feeling that training provides many BJJ students is a “high” that we all chase.

That same feeling can help many people dealing with depression, PTSD and many other mental or even physical ailments on our planet.

A whopping 14.8 million adults in the U.S. — that’s almost 7 percent of the population— struggle with depression on a day-to-day basis. It’s an illness that shows itself in a wide variety of ways, and most of them are almost impossible to see if you’re not the one living with it. This goes beyond just feeling a bit “down;” depression manifests for many people as physical symptoms (such as persistent headaches or chest pain) and mental symptoms (such as constant exhaustion or the inability to focus). And despite what all the memes you see on Facebook say, Jiu Jitsu (BJJ) can’t fix them all.

In the article, the author goes on to say…

It’s easy to tell someone struggling with this to “suck it up,” especially in a sport in which dealing with pain and frustration is all part of the game. However, when someone with depression takes to the mats, they’re not just fighting their opponent! They’re fighting every negative thought, every heavy feeling, every physical and mental ache that is constantly trying to beat them down. Mental illness can hinder their training just as much as a physical injury, but unlike a swollen joint or broken nose, depression usually can’t be seen or felt by anyone except the person who has it. It isn’t about sucking it up or waiting it out— it’s about beating the ever-loving crap out of something that’s trying to tear you down while you’re already rolling with an actual person.

For those of us with depression, jiu jitsu (BJJ) isn’t just therapy; it’s a trophy. It’s the medal we hang around our necks every time we step off the mat after a hard training session … the evidence that we not only made it out of bed that day, but also kicked some serious butt. Every time we get tapped and get right back up to keep rolling is symbolic. For all the times that evil creature told us that we should just give up, we showed up to class anyway. Every submission we nail, every technique we learn, every time we get our butts handed to us is proof that even though this mental illness might not be going anywhere, neither are we.

Here are Aces Jiu Jitsu Club, we couldn’t agree more! BJJ is a tremendous workout for your body and mind!

If you or someone you know in the Austin area could use the mental and physical benefits of BJJ CLICK HERE and schedule a free lesson! We’ll teach you how to do an awesome arm bar and give you a chance to get 3 months for FREE.

You can read the full curated article here:  When You Have Depression, Jiu Jitsu Is Far More Than Just Therapy