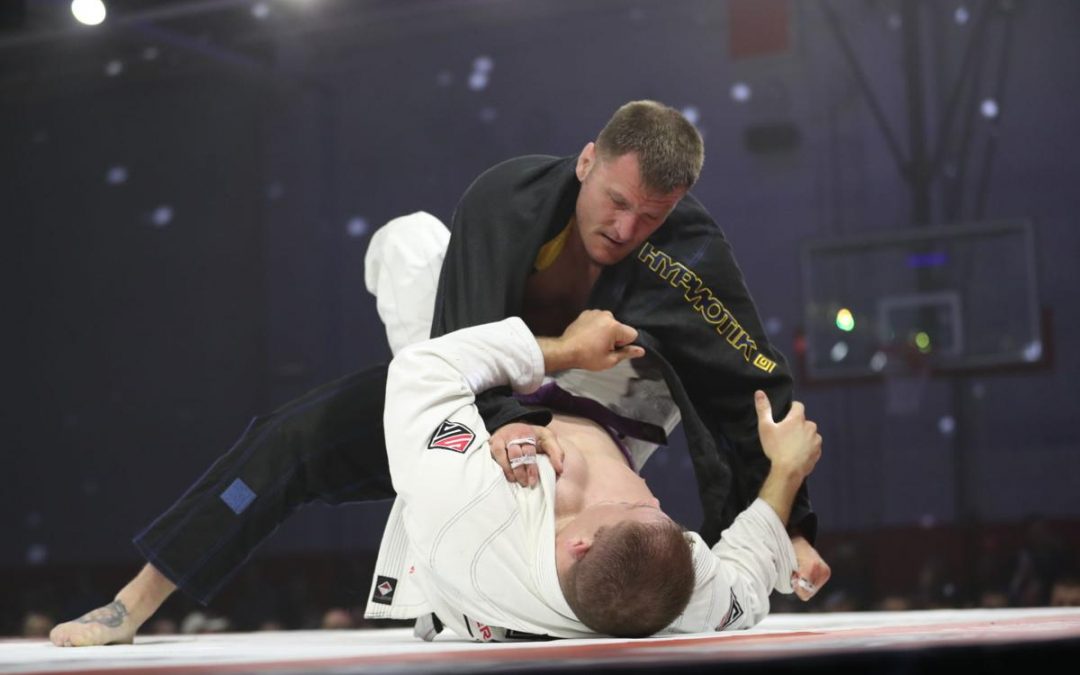 Every time Stipe Miocic competes — no matter what it is — he hates to lose.

So even though he stepped in against a seasoned jiu jitsu grappler on April 27 at Fight 2 Win 110 at NEO Sports Plant in Euclid — and did it for charity — Miocic wasn’t happy to come out on the losing end against Springfield police officer Aaron Howard.

Miocic’s appearance at the event was for a good cause, as he competed to raise money for the National Fallen Fire Fighters Foundation. The jiu jitsu match was the first of Miocic’s career, and even though he spent nearly the entire match on top of Howard, the three judges gave the decision to Howard.

“I didn’t know the rules,” said Miocic. “He’s a tough guy. Not taking anything away from him. He won.”