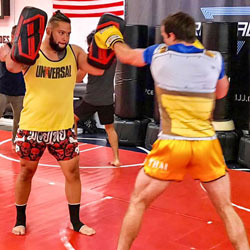 The Muay Thai program at Aces Jiu Jitsu Club provides a place where beginners and seasoned veterans alike may work on the finer points of the striking martial art known as the “Science of Eight Limbs.