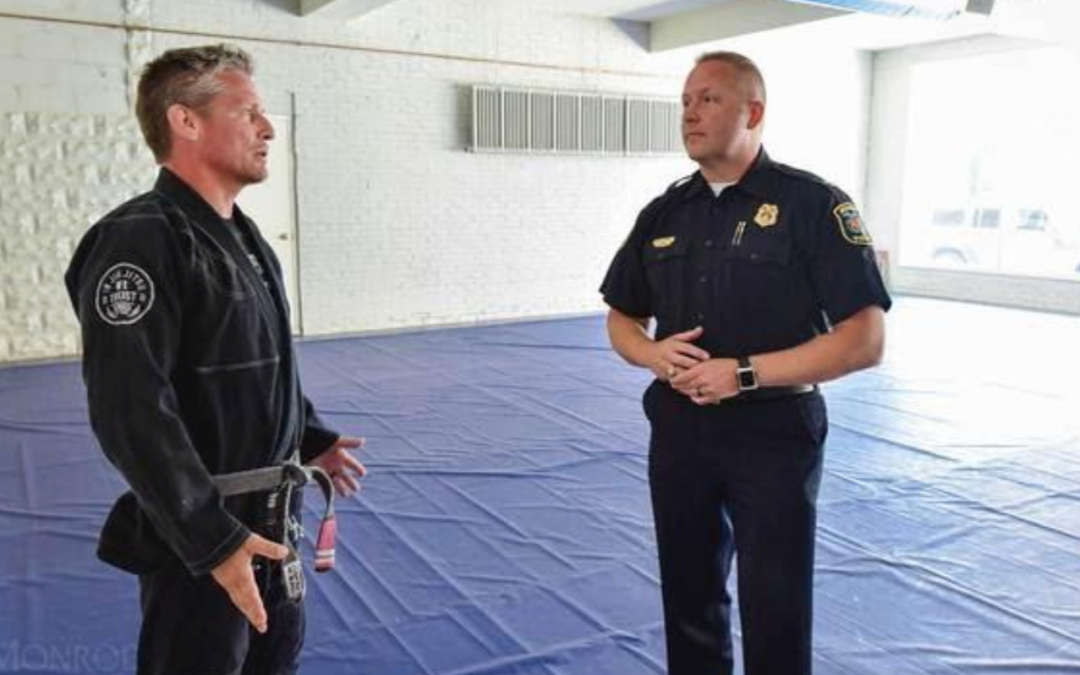 “The goal of this partnership is to provide realistic training, using real-world scenarios, to increase safety to both officers and citizens alike,” Monroe Chief of Police Charles F. McCormick IV said.

The Monroe Police Department has announced a partnership with Monroe Jiu Jitsu.

Forty participating officers will practice proven, safe tactics to more efficiently and effectively perform their duties, according to a press release announcing the partnership. This is part of a larger program to improve performance and safe engagement tactics, an effort that also includes ongoing department-wide Verbal De-escalation training.

Todd Williams, owner and head instructor of Monroe Jiu Jitsu, will guide officers through quarterly training on how to address ground combatives and situational training.

“The goal of this partnership is to provide realistic training, using real world scenarios to increase safety to both officers and citizens alike,” Monroe Chief of Police Charles F. McCormick IV said in a statement. “The Monroe Police Department sees this opportunity as a step forward in both positive officer and citizen interactions, as well as supporting local business to fulfill continued training needs.”

Working with Monroe Jiu Jitsu, officers will learn proper leverage and defense techniques, reducing risk of injury to officers and citizens as well as minimizing opportunities for combative persons to escalate situations further.

“I’m very excited to partner with the Monroe Police Department,” said Monroe Jiu Jitsu founder Todd Williams. “My goal since moving back home three years ago is to help as many people as possible and make Monroe a better place to live. Jiu Jitsu has the ability to do that… Jiu Jitsu isn’t about fighting… It’s about stopping the fight and making everyone safer.”