Joel Kinnaman on His Love of Jiu-Jitsu 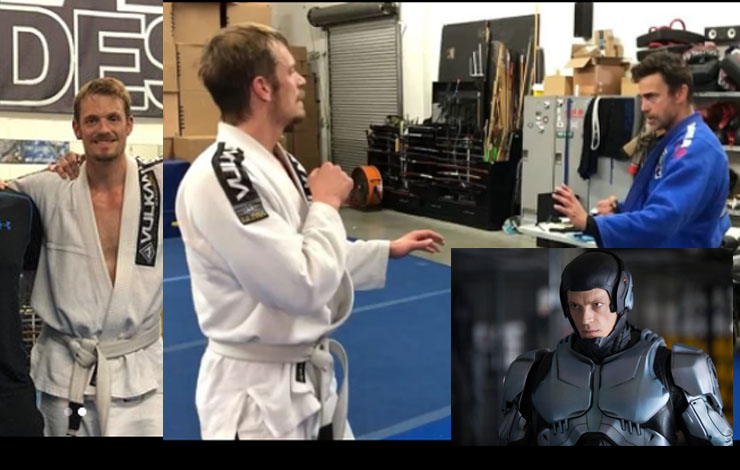 Actor Joel Kinnaman knows his way around an action scene. From his work in movies and TV shows like Suicide Squad, RoboCop, the Swedish smash Easy Money, Hanna,and the Netflix series Altered Carbon, Kinnaman. has learned to handle himself in a fight.

In fact, it was on the sci-fi Netflix series where Kinnaman discovered his new workout obsession: Brazilian Jiu-Jitsu. Now, it has become a staple of his workout routine. As Kinnaman told us in his MJ5 rundown, Brazilian Jiu-Jitsu is something he’s “literally addicted to. If I don’t train for like three or four days, my mind starts playing tricks on me.”

On Altered Carbon, Kinnaman played a mercenary soldier and needed to find a particular fighting style for the character: “We were trying all these different martial art for [Altered Carbon],” Kinnaman says. “And when we started [jiu-jitsu], I felt right away that there was something there. I had a natural inclination towards it.”

Even though he loves training with Brazilian Jiu-Jitsu, he still gets knocked down once in a while: “That’s pretty much every time [laughs],” Kinnaman says. “You have good days of course, but you have a good day and then you roll with a 65-year-old man and he happens to be a black belt and he folds you up like a paper clip and that’s that.”

While Jiu-Jitsu is a big part of Kinnaman’s routine, he tries to keep things fresh. He also uses his upcoming roles to dictate how he’s going to train: “I like to mix it up,” Kinnaman says. “What I’m training for is often dictated about what kind of role I’m working on. Lately I’ve been doing more dramatic roles where I don’t want to be bulky, so then I train more jiu-jitsu, I even do yoga.”

Kinnaman will next appear in the film The Informer, based on the award-winning novel Three Seconds, set for an August 16, 2019 release. The actor is also starring in the new Apple Plus TV series For All Mankind, premiering this fall. Watch the video above for more on how Kinnaman trains and read his full cover story profile in the July/August issue of Men’s Journal.