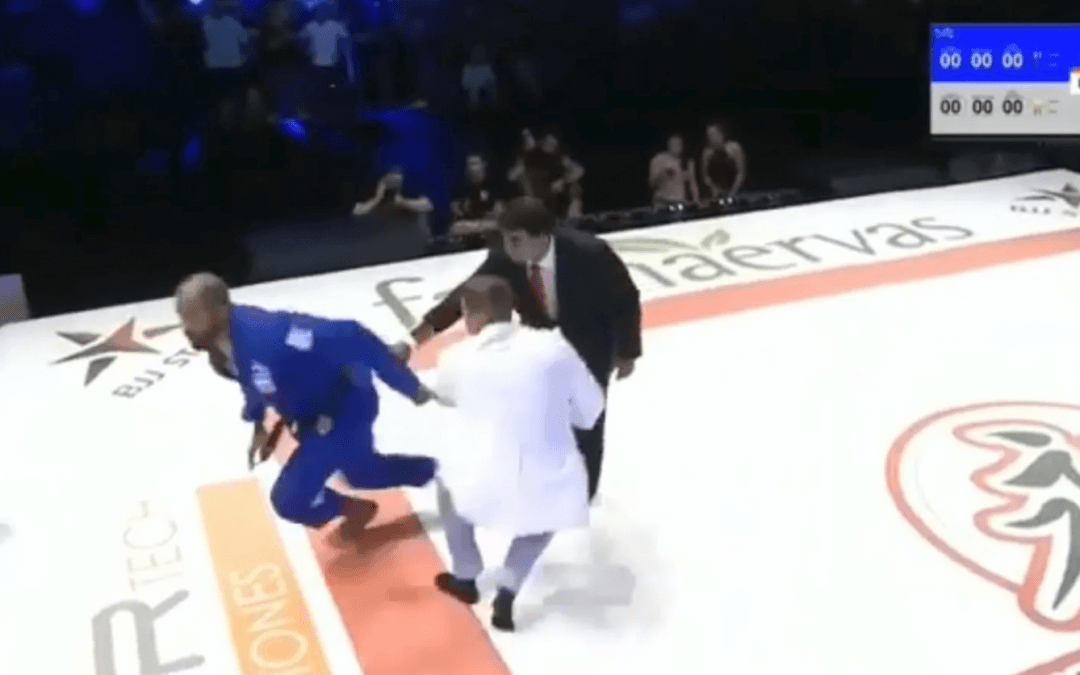 Former Brazilian jiu-jitsu world champion Erbeth Santos lost his main event fight Sunday against Felipe Pena after he injured his knee during an early exchange. Santos and Pena’s anti-climatic fight capped off an exciting night of BJJ Stars action in Sao Paulo, but Santos put on a show shortly after he lost, when he miraculously recovered from his “injury” and launched himself into the crowd to try and kick someone’s ass. The doctor didn’t even get a chance to look at his knee before Santos took off and vaulted into the crowd.

Per the site BJJ Heroes, Santos became enraged when the crowd and several members of Pena’s team taunted him for faking the injury, and his targets were a pair of Pena’s trainers. After flying off the mat and into the crowd a first time, he managed to get loose and try to take someone else out.

BJJ Stars promoter Fernando Lopes told MMA Fighting that Santos would be banned from fighting in the organization. “He was provoked by someone in the crowd, who was cheering for Felipe or against him,” Lopes said. “I’m a black belt for 21 years and an athlete has to be a black belt on and off the mat to deserve a black belt in my team. I wouldn’t give a blue belt to an irresponsible man who fights in the street.”