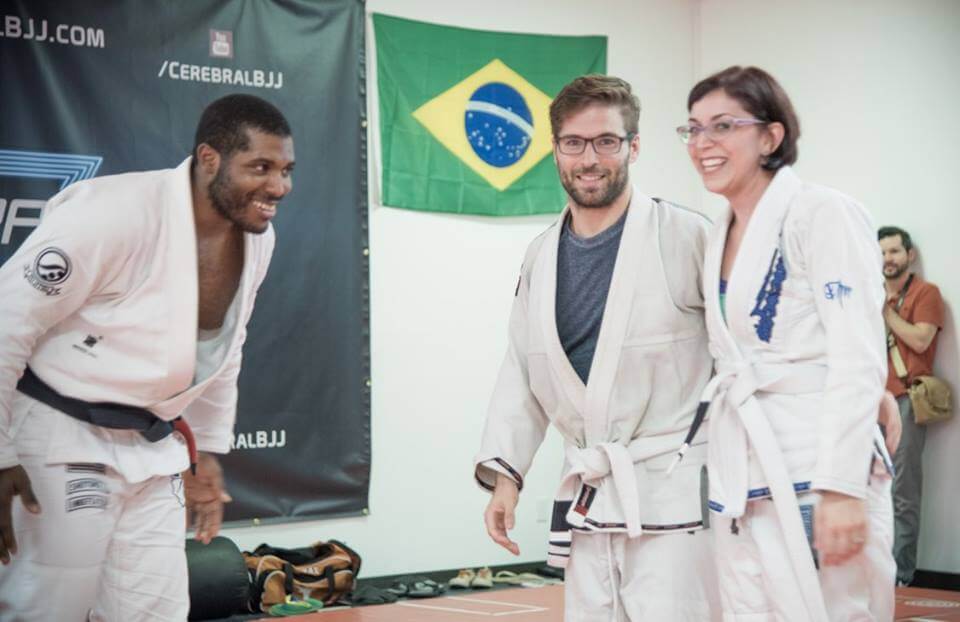 (Curated article via nevadasagebrush.com) – Brazilian jiu jitsu has become one of the fastest-growing martial arts in the world. This is potentially due to the increased popularity of MMA and the UFC, where many fighters employ the martial art as part of their ground fighting game. Students interested in practicing the art form can now participate in a dues-free club on campus.

The UNR Brazilian Jiu Jitsu Club is brand new to campus this semester and aims to focus on using the art in self-defense scenarios outside of traditional competition.

The club is based on the concept of a “Gracie garage,” which functions as an informal training site for people to practice BJJ. Currently, the club is not recognized as one, nor is it associated with the Gracie jiu jitsu brand name.

While the club is not officially certified as a “garage,” it has purchased the combative training program and safety curriculum from the Gracie University website to work from, and hopes to apply to become a “garage” in the future.

For those looking to test themselves, the club possess a progression system. However, if students are interested in obtaining a recognized belt, they must seek out a certified training facility. If the instructor sees they have progressed to the skill level indicated by the color stripe, they can receive an official belt of the corresponding color, which is internationally recognized.

Club president Doug Jones, a military veteran who has practiced various martial arts, explains why he was drawn to Brazilian jiu jitsu.

“In most martial arts they teach you how to harm your opponent, this one teaches you primarily to keep yourself safe and then work towards ending a fight in hopefully a safe manner so maybe you can eventually be friends with the guy, if at all possible,” Jones said. “It’s allowing for self-defense without the primary goal of hurting the opponent.”

Jones elaborates that while BJJ can be used to effectively injure an assailant, this is not what the martial art’s philosophy encourages, nor is it what the club is setting out to teach.

The club’s safety officer, Ethan Viator, explains how BJJ has improved his self-confidence in terms of defending himself, when compared to martial arts with a steeper learning curve.

Jones elaborated that as students progress more and more, their training may shift from skills aimed at novice opponents to more advanced techniques to defend against someone skilled in ground fighting. Jones also encourages students to take any self-defense course they can, as any self-defense preparation is helpful, and avoiding any fights is ideal.

The UNR Brazilian Jiu-Jitsu Club meets on Tuesdays from 6-8 p.m. and Saturdays from 11 a.m.-1 p.m. in the E.L. Weigand Fitness Center. The club also hopes to begin meeting on Friday evenings.