San Diego PD are not kidding with enforcing social distancing and lockdown… EBI champion and 10th planet black belt Richie “Boogeyman” Martinez was with 2 of his students at his academy filming videos for his online classes when someone called the police saying that someone was training at the academy.

The grappling champion received a fine for “Failure to obey a public order”. San Diego is currently under restrictions because of the Coronavirus pandemic.

Richie Martinez, more often known as „The Boogeyman“ is one of those jiujiteiros that are known for their entertaining style and unexpected moves! He is a 10th Planet black belt under Eddie Bravo and a top ranking no gi competitor, as well as an owner and head coach of the „10th Planet Freaks Gym“ in San Diego.

Martinez shared the picture of the fine he received on his Instagram stories: 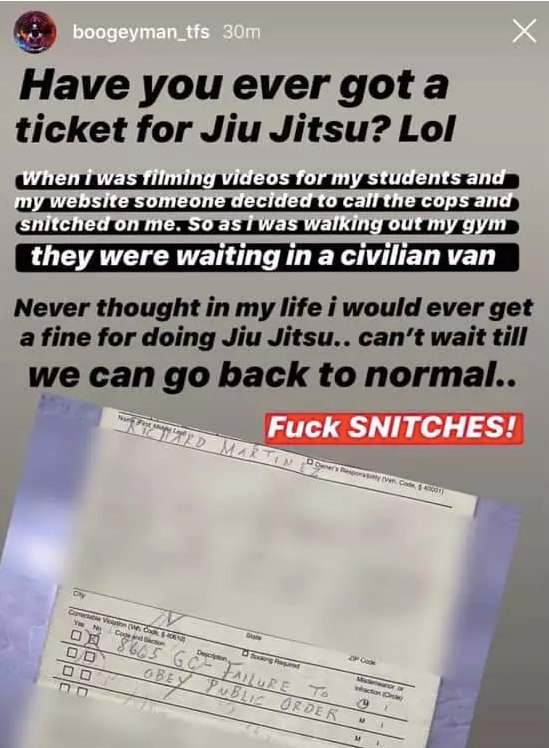