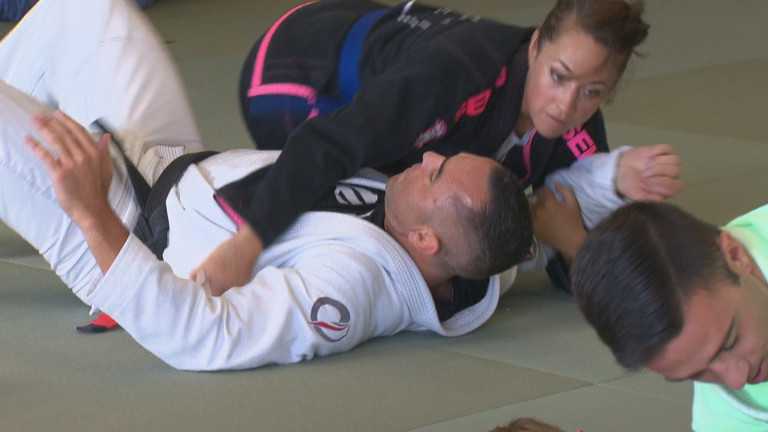 When police officers graduate from the academy it’s not like their training is done. They need to stay strong and healthy to help protect themselves, their coworkers and the community. That has turned some of them into fierce competitors. One of those officers is Teresa Gillian.

When most of the world is getting moving, she is already hard at work learning jiu-jitsu. She started about a year and a half ago because she wanted to protect herself at work as a Denver police officer.

Teresa became Officer Gillian five years ago. She quickly realized that in order to be the best officer she could be when she’s out on the patrol she had to learn how to defend herself.

“This jiu-jitsu helps me to be safe,” she says.

Back in 2018, her practice saved her partner’s life.

“I was in a fight in a dark alley with my partner. The suspect was on top of my partner and was trying to take his gun. I was able to help my partner get him off of him and pinned him down onto the ground,” she said.

This weekend, Officer Gillian is participating in the Police and Fire Games in the jiu-jitsu competition. For her, it’s not about winning. The greatest prize will be seeing her husband and daughters at the end of every shift.

The Police and Fire Games are going on all weekend. If you want to see Officer Gillian and the rest of the jiu-jitsu players you can catch them Sunday at the Denver Police Academy starting at 8 a.m.