Jiu-Jitsu is a Great Way to Improve Health and Wellness 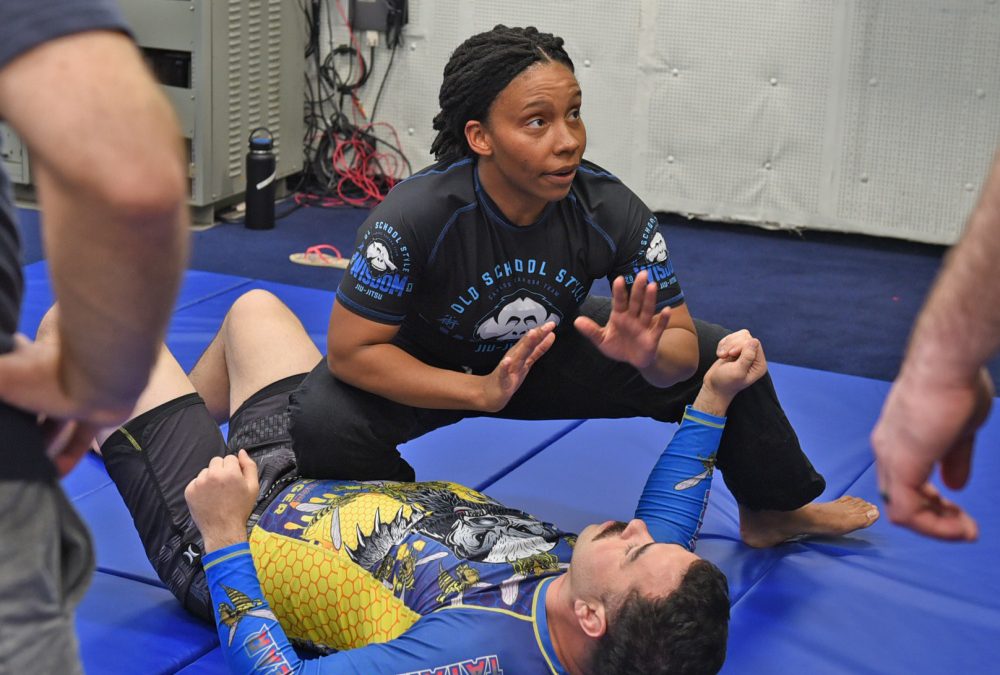 McKenzie, who is currently serving as Blue Ridge’s First Lieutenant, wanted to share her passion for jiu-jitsu, a self-defense system, martial art and combat sport that focuses mainly on ground fighting, with her shipmates aboard Blue Ridge and thus, began trying to gain interest from the ship’s crew.

(Want to get healthier and learn how to protect yourself? CLICK HERE and schedule a free lesson! We’ll teach you how to do an awesome arm bar and give you a chance to get 3 months for FREE.)

Luckily, there are many Brazilian Jiu Jitsu enthusiasts onboard Blue Ridge between ship’s company and Command Seventh Fleet, which McKenzie admits made it easier to get the classes off the ground. Lt. Joshua Eddy from C7F was a part of a Jiu Jitsu club during his last patrol and brought valuable experience that helped get BLR’s classes started. He, Lt. Cmdr. Nathan Richardson and McKenzie now share in teaching the class and are enthusiastic about the positive feedback they’re received from the crew.

McKenzie and the team instruct jiu-jitsu classes throughout the week for beginners and advanced students to develop and increase their skills, which she believes implements physical and mental benefits through the lifestyle it promotes. She says jiu-jitsu can serve as inspiration for Sailors who are trying to become healthier.

“It gives Sailors the drive to want to be better on the mat, so they want to lead a healthier life off the mat,” said Mckenzie. “It could be motivation to stop smoking so they can breathe better, eat healthier so they have more energy, or to cross-train to be stronger and faster on the mat.”

Mckenzie also believes there are mental benefits to learning jiu-jitsu because it engages you mentally as well as physically. McKenzie says the sport has helped her overcome her own mental struggles.

“Beyond stress relief, it’s given me mental clarity,” said McKenzie. “It’s helped me become less violent and more understanding and patient with others.”

Mckenzie says the class also serves as a morale booster for her fellow shipmates and has noticed everyone who attends the class always walks away from the mat feeling positive and more prepared to take on new challenges.

“Jiu-Jitsu has taught me to be humble,” said Logistics System Technician 1st Class Guy Griffin, a Jiu-Jitsu student. “There is always someone that knows more than me. I love that we are doing the basics and everyone is genuinely enthusiastic about learning.”

(CLICK HERE and schedule a free lesson! We’ll teach you how to do an awesome arm bar and give you a chance to get 3 months for FREE.)